Miss Tun Pickney (real name Dingle Heywood) is one of five brothers on a mission to produce new reggae, no covers, no re-releases of classic ‘riddims’. From the ﬁrst band ‘The Instigators’ to the current day, Miss Tun Pickney has been amassing knowledge and experience of the reggae scene to use in the current crop of music productions, writing and producing the songs. Two major inﬂuences were Bob Marley and Sly & Robbie.  Sly & Robbie especially, established an early lesson, ﬁnd and produce your own sound and believe in it. The ﬁrst production of the new venture, on the Dingazz Music platform was ‘Ah Lie!’. There have been several singles since and a dub EP. Miss Tun Pickney plans to continue writing and producing songs of his own blend, pushing the boundaries of reggae, but foundations drawn from the reggae greats.

Life surrounded by music, Rock Steady, Ska and Reggae led the brothers to create a band called the Instigators with some friends. Under the wing of local sound system owner ‘Fatman’, the band backed most of the major Jamaican Artists coming to the UK and also had some success with their own singles. After the band broke up two of the brothers went on to be successful musicians and producers winning awards and creating numerous hits in the UK reggae scene. Miss Tun Pickney left the music industry but the pull of the music business and unfulfilled ambitions made Miss Tun Pickney decide it was now time for a new venture to showcase all those musical ideas that were waiting to become reality.

What does innocent mean to you?

I know what innocent means to me

Just as nature had intended every one of us to be

With equal rights and freedom to follow my destiny

While never being tarnished by the ills of my society

That’s what innocent means to me

What does innocent mean to you?

(from the song ‘Innocent’) © Copyright Dingazz music 2016 All Rights Reserved.

‘When I Need a Remedy’ the follow-up single to ‘Innocent’ written and produced by Miss Tun Pickney. 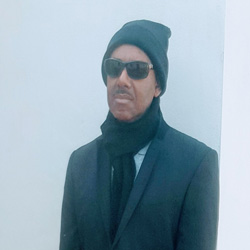