Joseph Wilks better known by his stage name KillJoy, is an American record producer, and rapper born in Emporia, Kansas. He began his career selling beats in San Diego, CA to local hip hop artists, and used it as a platform to begin writing, recording, and performing his own music. After a couple of successful independent releases, in 2012 he signed to Hemet, California based record label Fattys House Records.  KillJoy has since done various projects, including appearing in the Underground Hustlin 1.0 DVD, as well as being featured alongside label mate Fat D, with underground rappers such as Brotha Lynch Hung, Ces Cru, Blaze Ya Dead Homie, Madchild, and Kung Fu Vampire in the Underground Hustlin Playing Card Deck. 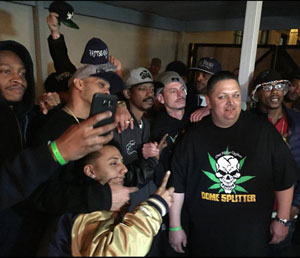 “Potato Chip Pussy” is the second single from Killjoy’s upcoming album “Confidential” on Fattys House Records. The song also features the Reel Life recording artist Mastamind (of N.A.T.A.S.). The supporting video clip of the song was shot by Editz, and filmed in part at Hemet, California’s Boon Docks.

The first single from “Confidential” featured Bay area gangster rap legend Spice-1. It was also brought to life by Dope Scorsese in another music video you don’t want to miss, and can be viewed HERE.

The truth of the matter with “Potato Chip Pussy” is either you like it and it makes you smile, and the entrancing beat gets you grooving your head while you’re smoking a blunt, or you just don’t get Killjoy. This is one of those songs you don’t have to waste time over-analyzing. You can catch the drift right from verse one. 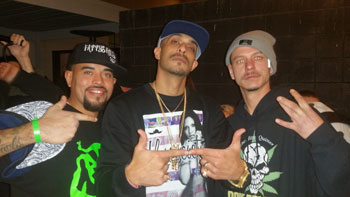 Killjoy’s flow is on point, his lyrics sharply clever and captivating, and his storytelling skills undeniable. Add to this formula charisma, an appropriate ego and a great sense of humor, and you get the total package.  As opposed to the serious themes dealt with on his previous single, you won’t hear hard-nosed, cryptic and conscious lyricism on this record.

Instead, all the crew members, including Mastamind, sound like they are having a ball of fun, which radiates to the listener and makes for a truly high-energy and enjoyable listen. 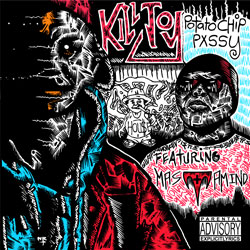 More often than not Hip-hop and rap really needs to break away and be pure entertainment, leaving all the usual heavy-handed bullshit behind. And that’s exactly what Killjoy does with “Potato Chip Pussy”, for almost a whole four minutes – he delivers pure unadulterated fun, all wrapped up in a novelty theme.

I was smiling from cheek to cheek way before the chorus kicked in, and was still widely grinning, way after it had ended. Maybe I was just enjoying my own “Potato Chip Pussy”, or the joint I had was loaded with something else!

Fact remains that Killjoy and Mastamind have a wild chemistry going on, with flows that hypnotize the listener into their smoke–filled haze. The hooks are catchy and the production is very dope and fresh.

Listening to a good Killjoy song is a satisfying and invariable sensation, like chugging a bottle of ice-cold beer in 90-degree heat. If you ever doubt Killjoy’s intentions, just remember that he’s doing it for “Potato Chip Pussy”, and that my brethren, is a serious topic!