Everyone has been whining about how they want something different in hip-hop. Well something different and brand new has been delivered via Chicago rapper Jerry M. Jackson, better known by his stage name Glytch da RIP. Born in the West Side of Chicago, his influences comes from both mainstream and underground Chicago artists, which explains his versatility ranging hip hop to hardcore rap and even conscious-minded hip hop. He feels that in life, it’s important to embrace duality. Especially, when it comes to music. 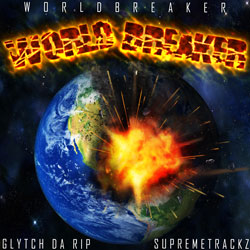 So what do we have here? Glytch da RIP carries his new single, “Worldbreaker” on an urgent forward momentum with his energetic flow and thought provoking lyrics, as he spits out rabid and taunting lyrics towards his competitors and haters: “Too many rappers are claiming the throne, talking about they’re the king of this shit. Well if you are the king then I must be the pope and you know that I’m over you Vatican bitch…” Technical, confrontational, and hard as fuck, the production by @Supremetrackz is on point too.

While Glytch da RIP remains authentic and unapologetic, the Chicago emcee is a beast when it comes to rapping, crafting music that packs a mighty punch. The track delivers everything we come to expect from an ambitious rapper attempting to push forward his career – blistering vocals, mixed with a top instrumental, which helps produce a listening experience unlike any other artist. Glytch da RIP’s style of hip hop is electrifying and never bland.

“Worldbreaker” makes a coherent statement about what Glytch da RIP can do, meaning his rapping is brilliantly crafted and executed. It is also an assertive track that declares what rap can do, in both its independent and underground manifestations. 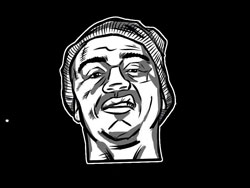 In that sense, “Worldbreaker” truly is something else, not a middle ground or a compromise, but an alternative, a workable aesthetic option for both those at the top and at the bottom.  Glytch da RIP’s machine gun paced raps will make you conform to him before he conforms to the mainstream.

All said, Glytch da RIP’s latest project, “Worldbreaker”, is a well-crafted record that largely succeeds in showcasing his mastery of the hip hop craft – from selecting a beat to literally killing it on the mic.

In this eternally shifting industry, Glytch da RIP is searching for glory with a track that is exciting and promising: and filled with rapping skills that go from rhyming, speed, and annunciation, to lyrical content. Jerry M. Jackson aka Glytch da RIP is living proof of the significance of independent music.