During the last couple of years it has been an exceptionally exciting for Chicago’s rap scene. Artists have been hustling to grasp the nation’s ear and, finally, the spotlight has come back to shine brilliantly on the city. Chicago has a plethora of styles to offer and this buffet of new hip-hop has something for everyone to enjoy. Influenced by the community, culture, and sounds of his hometown, Chicago native, Eli Ramsey has been building his solo career as a talented Hip Hop Artist since 2016. His track, “Maya’s Chalice” is a work that displays what makes him an important voice in today’s underground rap scene.

He’s an artist that writes authentic stories with intimate depth. This song is an honest, personal and emotional addition to Eli’s catalog, the type that should keep listeners excited for the next installment in his story.

It seems commonplace for every rapper to have at least a song chronicling their life or at least a phase of it. All the greats tick that box, the aspiring greats want to tick that box, so it’s interesting to see an underground artist attempt to do same. 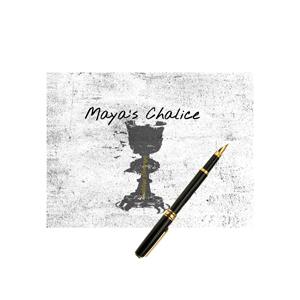 Here Eli Ramsey retraces his tracks on meeting a special kind of girl, and at the same time builds a perfect vision of the events taking place in his life during that period. He comes across as a young man caught in the whirlwind of life constructed in a mosaic of complexities. In a world of cheap brags, Eli shows us something beautiful and believable.

“Maya’s Chalice” is built on a soulful, handpicked beat, an infectious hook, and a personal tale of self-development – intellectually, emotionally, romantically, psychologically and professionally. Throughout the ride, Eli doesn’t skimp down on details, giving us a more than adequate reflection of his life.

We certainly need more songs chronicling relationship stories like this in rap music. The lyricism here is praise worthy, as Eli Ramsey paints us a vivid picture through his heralded but still underrated storytelling ability, here we find it gallantly supported by a lush chorus. This song will keep you hooked all the way through.

Eli flexes his vocal range within a story that is poignant – a time capsule to an experience of love – and the rap at the end tells us all we need to know. Something tells me this song was created in a deeply reflective state.

Eli Ramsey will probably not get enough media coverage from this, but acclaim will definitely pour in. He’s one of the most efficient picture perfect storytellers in the underground game, an ability that almost beguiles his age and experience. He will only get better and have even greater themes to discuss.

Eli has delivered another solid track with “Maya’s Chalice” and he will only get better because he loves music. Eli Ramsey is a creative who isn’t just rap. He is music. He’s just chosen rap as a medium of expression.